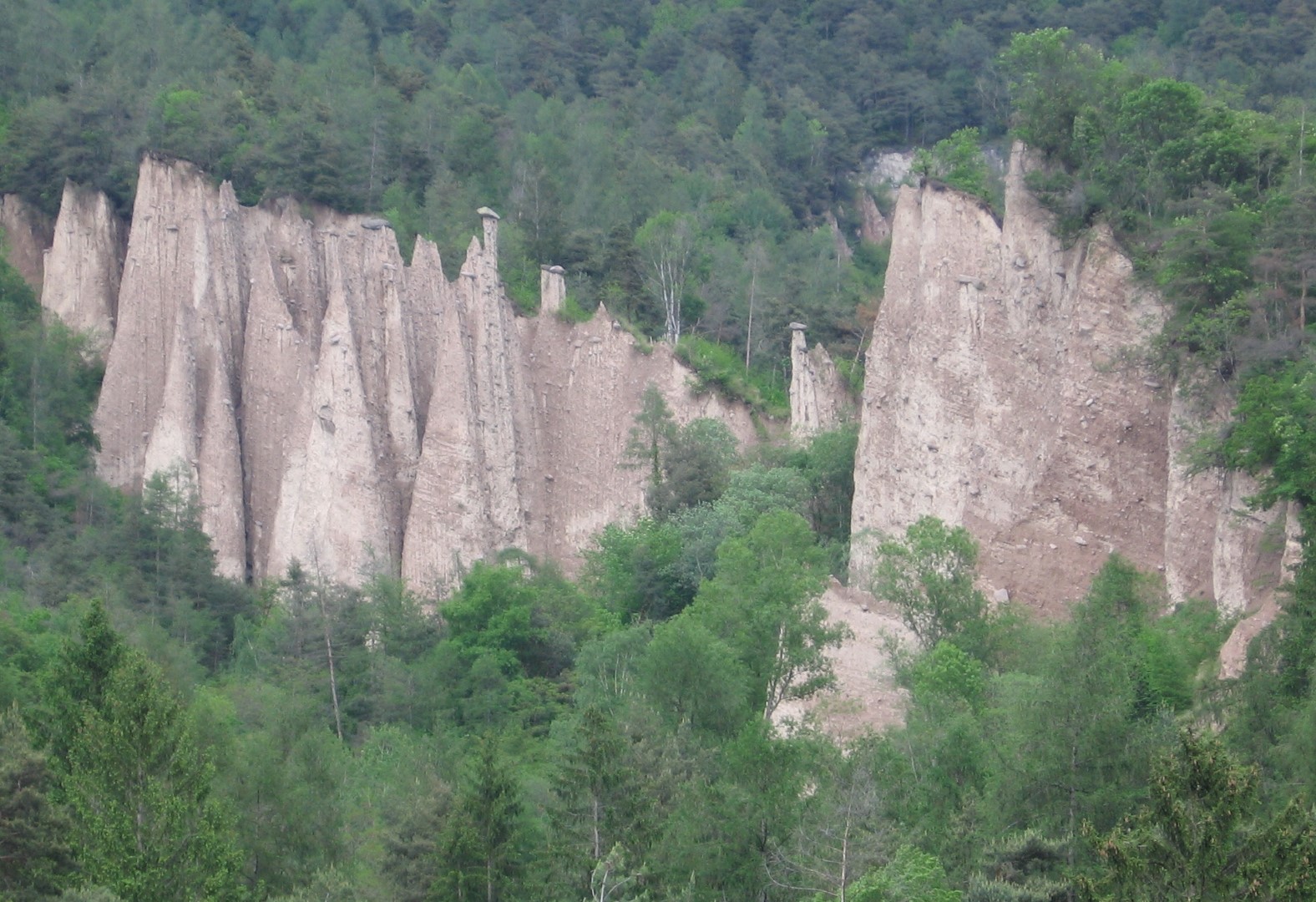 The Cembra Valley begins at Lavis and runs north-east of Trento for about 33 kilometres towards the Dolomites. It is traversed by the Avisio torrent, which originates from the Marmolada glacier (3,342 m) and flows into the Adige river just north of Trento. The torrent, in the Cembran section of its course, takes on a wild and evocatively beautiful appearance; its habitat is ideal for rare species of fauna that are protected by the tranquillity of the unhumanised valley floor. The Segonzano Pyramids.
A valley of glacial origin with characteristic ‘V’ slopes, it is the natural link between the Adige Valley and the Dolomites.

It has about 12,000. inhabitants, divided into twelve communities that reside mainly in the centres situated halfway up the slopes, connected by two parallel roads, the ss 612 (Lavis-Molina and the sp 76 Gardolo – Molina). However, from the torrent to the higher areas of the mountains, there are dozens of smaller centres that from ancient times bear witness to what remains of the agricultural mountain civilisation dedicated in the lower reaches to the cultivation of vines; higher up, to the exploitation of forests and alpine grazing.

The valley has many valuable environmental resources: lakes, streams, waterfalls, peat bogs and wetlands, forests and scenic areas, as well as the famous ‘Earth Pyramids’ of Segonzano. In addition, the historical-artistic testimonies are clearly visible, represented by the churches of the valley, in some cases placed in points of singular importance, by the castle of Segonzano located in the middle of the valley by the Avisio torrent, and by other buildings that bear witness to interesting historical-artistic phenomena. The Cembra Valley has known some important moments from a historical point of view: such as the ‘Battle of Segonzano’ fought in the winter of 1796 by Napoleon’s troops against the local ‘Schützen’ and those from Austria; the passage of the famous German painter Albrecht Dürer who portrayed the castle and the valley landscape in several famous watercolours; the discovery of numerous prehistoric finds that testify to the presence of populations active in the Iron Age. Also singular is the discovery at Cembra of the ‘Sitola’, an extraordinary bronze bucket-shaped vessel dating back to the 5th century B.C. and preserved at the Bonconsiglio Castle Museum in Trento, used for religious purposes, for the offerings of the wine produced locally to the deities worshipped by the people who lived in the valley. Today, the Cembra valley is characterised by a singular alpine landscape where the cultivation of vines touches the woods, offering products of singular uniqueness such as ‘Müller-Thurgau’, a wine that here finds its typical aromas and scents, grappa distilled from vìnacce, associated par excellence with the Cembra valley (renowned distillers left from here), and small berries. In the field of craft activities, the quality wood processing present in the forests on the left side of the valley, the processing of porphyry, a stone worked in the Albiano area and exported all over the world, the livestock farming present in the upper part of the valley (Sover area), where the ‘maIghe’ are active for cattle grazing. 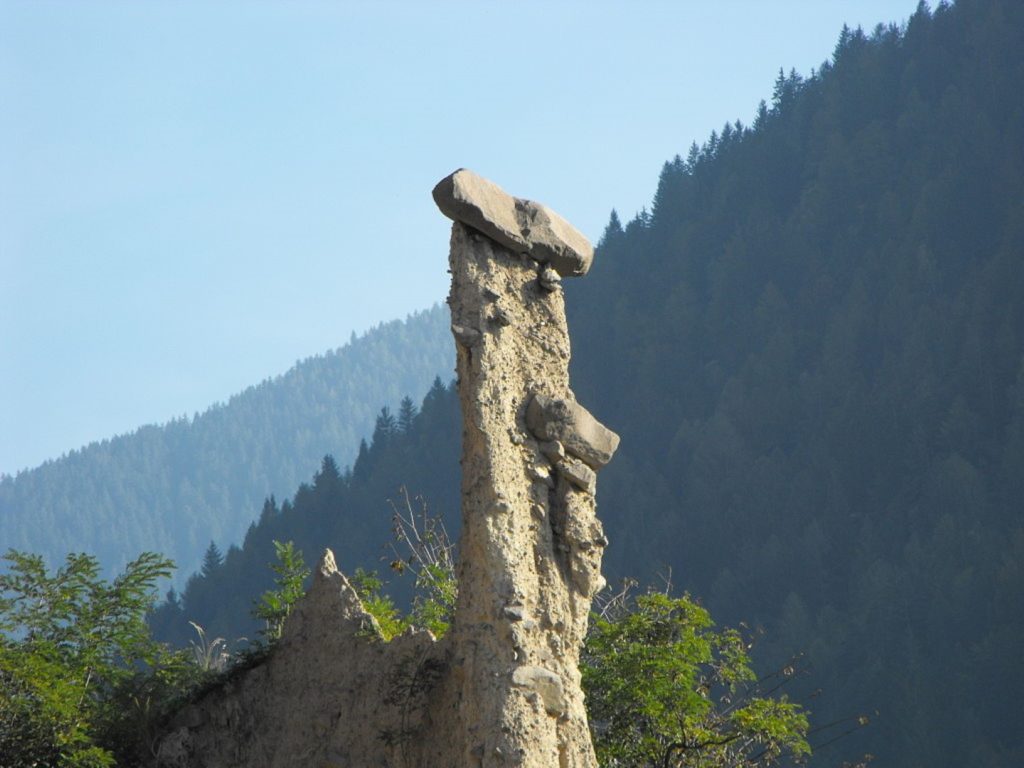 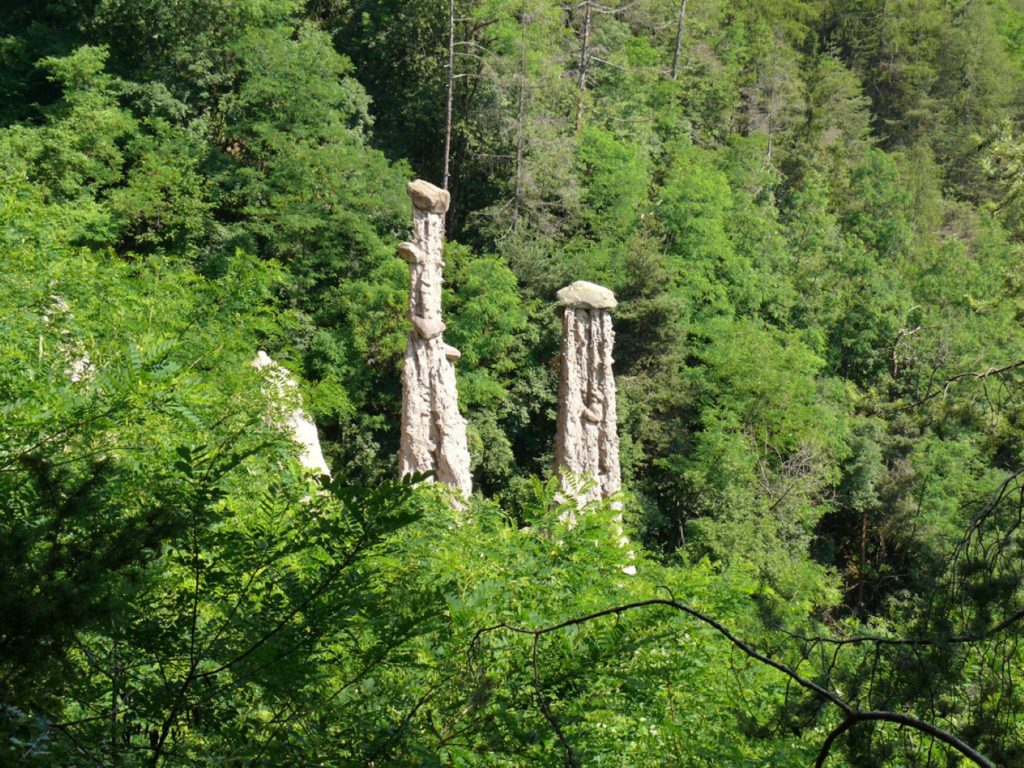 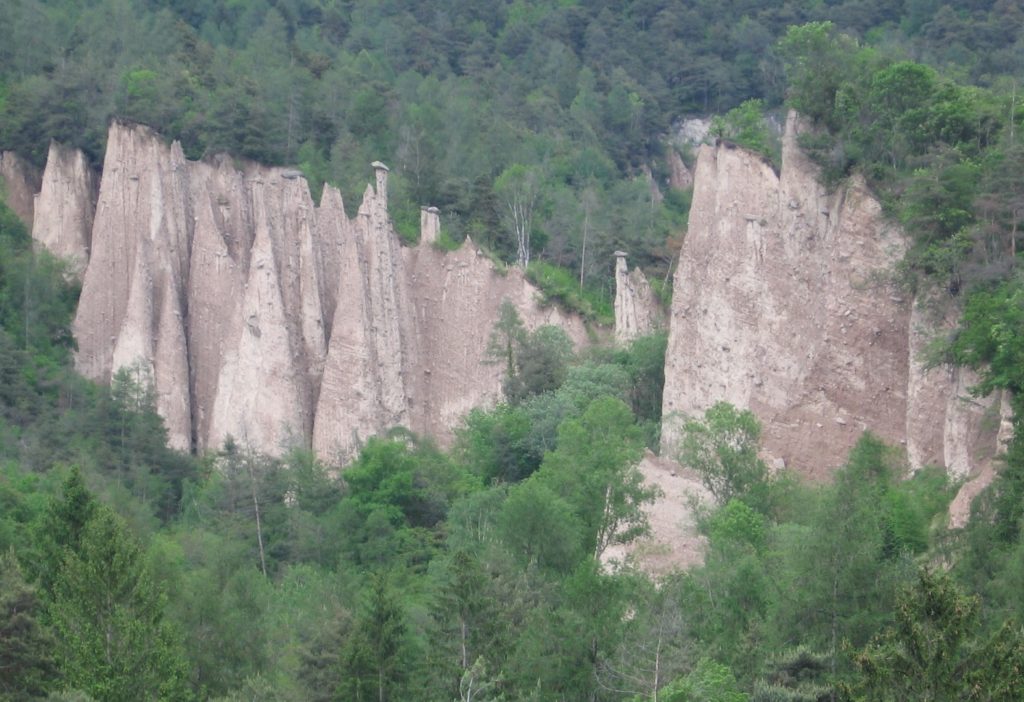 Starting point: to the right of the bridge over the Regnana stream about one kilometre from the Hotel Piramidi (directionTrento). Rather steep path with a close view of the three groups of pyramids and the wild valley of the Regnana stream. Recommended in the morning. Trekking shoes or sturdy footwear. Return is possible from the upper part of the village (church) back to the hotel. Several panoramic viewpoints over the Regnana and Cembra valleys. The Church of the Holy Trinity is worth visiting. Interior: valuable wooden altar.

Piazzo_e_ParloDeparture point: Hotel Piramidi on the road to Trento, before Villa Aurora, going down towards a cultivated valley near a paved path (Calcara Val di Giara). After 15 minutes, one arrives in Piazzo, an old Cembrano hamlet,which up to this very day serves as a housing area, with…
maxberlinerApril 1, 2022
Excursions

Itinerary ‘from the Brenner Pass to the Non Valley

CartinaTotal length: 250 kilometres The route starts at the Brenner Pass and, after passing Terme del Brennero, a gentle descent leads to Colle Isarco/Gossensass, an important summer holiday and winter sports resort located at the mouth of the Val di Fleres valley and surrounded by pine forests; it…
maxberlinerMarch 12, 2022
Excursions

Madonna_dell_AiutoStarting point: loc: "Venticcia" car park near the sports field. The adjacent "Venticcia" ridge (855 m) juts out into the valley and forms a natural division, a sort of saddle. Towards the north-east, there is a panoramic view of the Fiemme valley and the first Dolomite chains. Important…
maxberlinerMarch 12, 2022

Time for a holiday